Free Delivery on Orders Over £250

Ruxley Manor, situated on Maidstone Road in Sidcup, was founded in 1964, nearly 100 years on from Henry Evans founding H. Evans and Sons. Since this time the Garden Centre has gone from strength to strength, expanding our offering and providing the local community with quality produce and entertainment. We are proud to still remain a family business with the 5th generation of the family running the business today.

We are proud to be members of the Garden Centre Association and our promise is simple - purchase any hardy plant from our outdoor plant area and if, after having followed the plant's care instructions, it fails to grow and thrive, return it to us with your original label and receipt within 5 years and we will be pleased to offer a credit note or exchange it with a plant of equivalent value.

Ruxley Manor are pleased to announce we now accept HTA Cards throughout the garden centre, including the Food Hall at Ruxley and The Mulberry Tree Restaurant.

To find out more about visiting Ruxley Manor or if you have any suggestions on how we can improve on our accessibility please call us on 020 8300 0084 or use our contact form.

We have a dedicated Plant Information Desk in our Outdoor Plant Department with expert staff ready to answer any queries you may have and advise you on the best options for whatever garden project you may have.Pop in store or call us on 020 8300 0084 with any queries and one of our team members will be happy to assist you.

Ruxley Manor offers a free carry to car service to all our customers, so there’s no need to worry if you’re planning on making a large heavy purchase! Simply ask any of our friendly staff for assistance and they will be happy to transfer the items to your vehicle for you.

Ruxley Manor offers a friendly and professional home delivery service that covers the local delivery area and extends into surrounding regions. Charges are based on postal code zones, with free delivery offered to local* customers spending over £250.

We are proud to be members of the Garden Centre Association and our promise is simple – purchase any hardy plant from our plant area and if, after having followed the plant’s care instructions, it fails to grow and thrive, return it to us with your original label and receipt within 5 years and we will be pleased to offer a credit note or exchange it with a plant of equivalent value.

We make sure that our site is accessible for all, with 20 Disabled parking bays, step free access throughout, disabled toilets in 2 locations on site and wheelchairs and electric scooters available from Customer Services. Also available for customer use are baby changing facilities. To find out more visit our Accessibility page.

To find out more about visiting Ruxley Manor or if you have any suggestions on how we can improve on our accessibility please call us on 020 8300 0084 or use our contact form.

If you have found the same product online, not on sale or special offer, please contact our team to enquire about price matching.

*Our Price Match Promise only covers ‘bricks and mortar’ stores 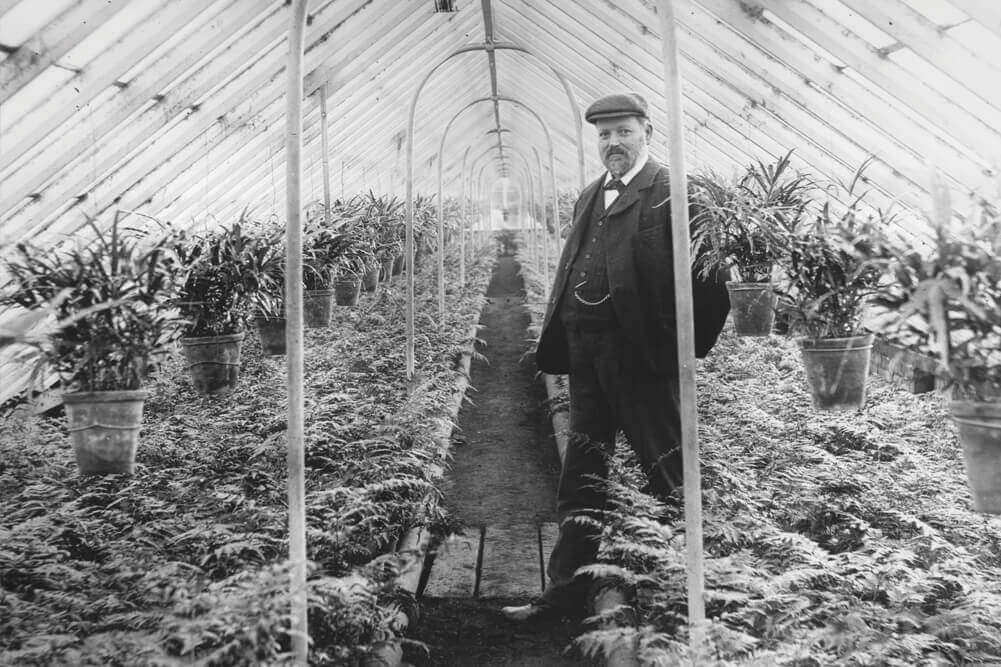 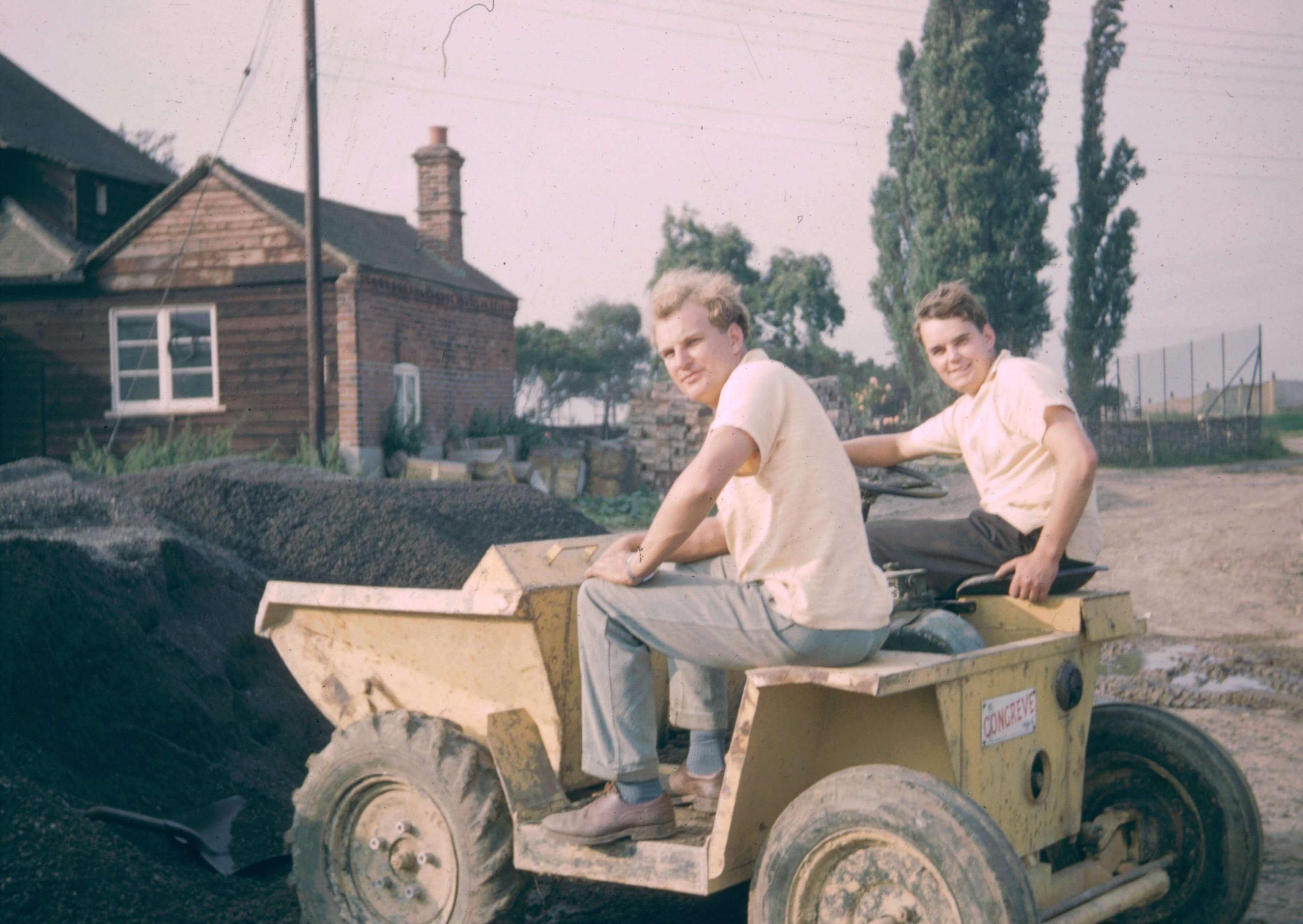 1960 – Cyril & Jack acquired Ruxley Manor Farm, moving from the main road in Sidcup and renamed the business Ruxley Manor Nursery.
1964 – Cyril’s son, Richard Evans started the Garden Centre by selling seeds through the post and his brother, John, ran the growing business.
1976 – The rubber tree was placed on the floor and forgotten about. However, the tree seeking water pushed its roots through the pot and through the gaps in the concrete and into the soil below. Since then it has flourished with the business and now acts as a constant reminder of our early beginnings.
1983 – The Coach House Restaurant was started by John Evans and run by a young Felice Mutti, who was to later become his business partner. 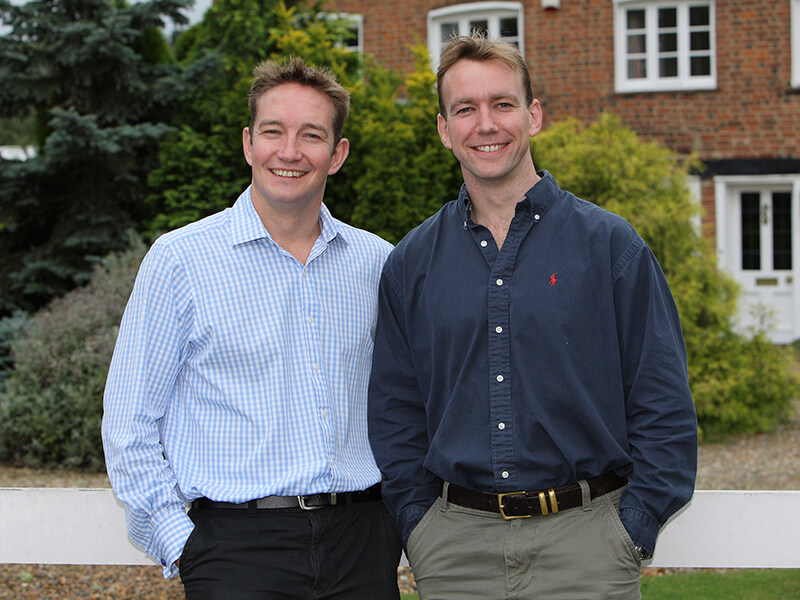 2002 – Andrew and James, Richard and John’s respective sons, joined the business as the 5th generation, taking over the running of the business a few years later.
2009 – A large fire burnt down all of the garden centre’s warehousing, thankfully the retail area was saved. However, this signified the start of the redevelopment of the business.
2011 – Grace’s Day Nursery opened, in the manor house that Andrew and James’ grandparents lived in and was named in memory of their late grandmother.
2012 – The Mulberry Tree Restaurant opened. 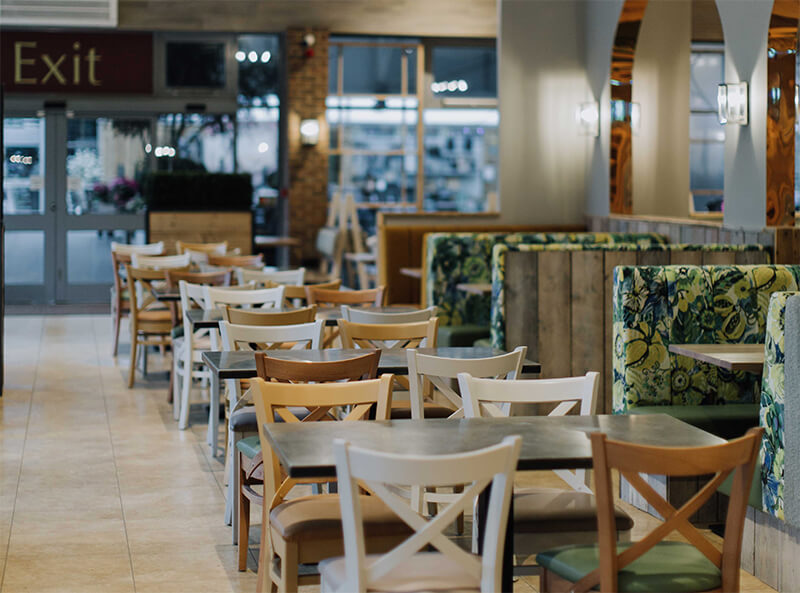 2013 – The Food Hall opened and James’ sister, Samantha joined the business as a Leisure Buyer.
2014 – Andrew’s sister, Jo, joined the business as Catering Manager for the Mulberry Tree Restaurant.
2016 – Our lifestyle department was completely refurbished from the floor to the roof. This marked the beginning of refurbishments throughout the store.
2018 – Our Outdoor Furniture department, The Mulberry Tree Restaurant and Food Hall department underwent refurbishments. The Food Hall refurbishments saw the welcoming of the Butchers of Brogdale to our store and Sidcup.
Graces Day Nursery and Pre-School also saw the opening of a new site in Perry Hill, Catford.
2019 – The Outdoor Plants department was expanded following the christmas period and Grace’s Day Nursery and Pre-School is also planned for an expansion in the coming year.

Ruxley Manor Garden Centre closed until the 1st of February. The Food Hall at Ruxley open 10am – 4pm every day.

Over the last 10 days whilst the garden centre has been closed, we’ve been hard at work to ensure everything you need in preparation for getting back out into your garden when the weather warms up, is ready for you. We’ve also been keeping a close eye on all the government briefings and the figures that are being published.

Having reviewed the recent numbers, we have now decided to extend our garden centre closure until the end of January.

Therefore, we will continue to work hard with a smaller team in the business in preparation for when the weather turns and ensure we can safely provide you with everything you need for spring gardening and enjoying the fresh, but hopefully warmer air, in February.

We will open the garden centre again and resume normal hours across the business on Monday the 1st February at 9am. The Food Hall and butchery remain open from 10am to 4pm Mon-Sun.

Everyone at Ruxley Manor thanks you for your understanding and continued support and we look forward to playing our part and enabling everyone to get into their gardens and enjoying the physical and mental benefits that gardening brings. We hope you are all safe and well and look forward to seeing you soon.

Any cookies that may not be particularly necessary for the website to function and is used specifically to collect user personal data via analytics, ads, other embedded contents are termed as non-necessary cookies. It is mandatory to procure user consent prior to running these cookies on your website.